Selfie Culture: How Do You Talk to Your Child About What They Post on Social Media?

Posted by The Bair Foundation on March 11, 2014
Posted in: Uncategorized. 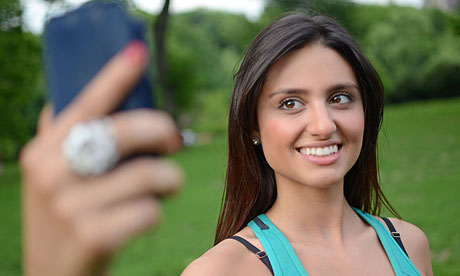 Case in point: Last week, a good friend of mine sent me a video of her 14-year-old’s first kiss. How did she have this in her possession? A girl at her son’s school took the video on her cell phone, because his whole 8th grade class knew the kiss was going to go down on Valentine’s Day. (And they knew, because they had dared him to do it!) I have to admit, the video is hilarious — it shakes when you hear the girls (who are watching from behind a corner) giggling, and there’s a huge, head-piercing scream and running feet at the end, after the deed (a very sweet peck on the lips) is done.

“Wow, did he know he was being filmed?” I asked my friend. I’ve known this boy since he was a baby, and I wondered if he was embarrassed or mad.

“Yes, he knew — and he said he actually liked all the attention!” said my friend.

I can’t help it, but this still floors me. A moment that, when I was in middle school, would have been the subject of some school gossip for a day has been passed around to this kids’ friends and classmates, to their moms and dads — and to their parents’ friends, too. Not only that, it’s up on Facebook and Instagram. My friend agrees with me, “Yes, it’s definitely weird,” she said. “But that’s what kids do these days — they don’t mind that everyone’s seeing it.”

I wonder if my friends and I would have done the same in high school if we’d smart phones and social media (probably, to be honest). Adolescence is a time when you’re defining yourself and looking for positive attention from peers. (Selfies, anyone?) The definition of privacy has changed — kids are more comfortable baring their souls online, but they don’t seem to think about the consequences or the permanence of the internet. That’s the part that has me the most worried. Kids will be kids, but do they understand that what they post now might follow them around their whole lives? (Here I have to pause and say, thank heavens there was no Facebook, Instragram,  or Twitter when I was in high school!)

While getting lots of “likes” and compliments online can be good for self esteem, it can also take a toll. Another friend of mine was telling me that her 17-year-old daughter, who is pretty, smart and normally quite level headed, agonized for hours over which photo she’d place on Facebook from their vacation. She told my friend, ”If I put one up and no one comments on it or likes it, it’s social suicide!” If kids and teens start relying on outside, public, online approval for their self image, it can have a very negative effect.  “Girls in particular are socialized toward seeing themselves as lovable and worthwhile only if others value them, said Dr. Jill Weber in an article in Teen Vogue, and “selfie culture is a way for this tendency to go into overdrive.”

So how do you talk to talk to your child about their online activities? We try to talk to our son about photos and stories that teens have posted online, and that later threw a wrench into their life plans. Companies routinely check people’s online backgrounds now — and so do admissions offices at colleges. Sexting is a tough and squirmy subject, but something parents should discuss when their child is old enough. The truth is, the Internet is kind of like hosting a crazy party where the guests never leave. One moment of  stupidity or impulsivity can follow you for the rest of your life. ”Never post something online that you don’t want the whole world to see,” is the motto in our house. (And also what my mom used to say to me about what not to write in a letter! Now I really feel old.)

Another thing that’s important to focus on is the self-esteem piece. Encourage your child to talk about what he or she likes to do, rather than focusing on what he or she looks like. Posting pictures and videos on social media obsessively to get positive attention will eventually backfire for everyone. (Just look at the Kardashians.) Talk to your child about the importance of cultivating a personality and spending time with real friends, rather than racking up “likes” on a Facebook picture.

How do you talk to your child about their online persona? What have they told you about their experiences?

Elisabeth Wilkins is the Editor of Empowering Parents and the mother of one tween son who is not yet allowed on Facebook. She and her family live in Maine.